21 Short Kdramas To Watch This Weekend!

If you are looking to save time while watching your favourite Kdramas, then you can never go wrong with a short Kdrama.

We have curated a list of the best short Korean dramas that have stellar storylines, amazing plot development, and solid characters.

Kick back this weekend and relax with these amazing Kdramas with less than 16 episodes! The dramas on this list are between 3 and 13 episodes—but they’re fast-paced, swoonworthy, and very entertaining!

Plot: When Yoon Ah Yi meets magician Ri Eul, she’s a broke high school student ridden with debts, and slugging through afterschool jobs to cater for herself and her younger sister. Together they find the deeper meaning of love, friendship, and magic.

Plot: Cho Sang Gu, an ex-convict, becomes a guardian for his nephew Geu Roo—a 20-year-old with diagnosed autism—after his brother dies. He is bound by a contractual clause that says he has to handle the business for atleast three years before he gets his bite of the inheritance.

What follows is a deeply meaningful exploration of grief and hope, and they both grow towards a deeper understanding of familial bonds.

Plot: Based on true events, this heartbreaking and emotional rollercoaster of a Kdrama takes place during the japanese occupation. The lovers are drawn together by their love of politics but will face many problems in their short-lived affair.

Plot: Yoon Jong Woo rents a cheap tiny apartment, and while he isn’t pleased by the environment, he doesn’t mind sticking it out. That’s until mysterious things start happening in the living complex and he is forced to live with neighbors that equally terrify and amuse him.

Plot: This drama revolves around a set of journalists in their quests to tell authentic news without succumbing to the pressures of bureaucratic red tape, society, and their conscience.

Plot: Sae Bom earns a highly-coveted spot in a new apartment complex, just as the city task force shuts it down to prevent the spread of a killer disease. Their imposed quarantine reveals the ugly nature of social caste system and gives a glimpse of what might happen in an alternate universe.

Plot: This drama is set in a highly-competitive school and follows teens that are brutal and fervent in their pursuit of education. Viewers are treated to an unabashed portrayal of the South Korean educational system.

Plot: Run don’t walk to watch this delightful Kdrama special about a young girl that’s transported more than 100 years to the past during a rainstorm. Dan Bi is down on her luck and together with King Sejong, she experiences a once-in-a-lifetime love with a Joseon ruler.

Plot: Another titillating show from Kdrama sweetheart, Jang Ki Young. Sparks fly between a veterinarian and a detective in this thriller/suspense Kdrama. And, that would be fine, except that sexy serial killer on the lose and Hyun Jin, the detective in question, is on the prowl.

Plot: This drama revolves around a failing supermarket and a host of employees that are determined to resurrect it. Each with their own unique stories and motivations, this drama presents interesting insights on the human mind.

Plot: Mistress follows a set of girlfriends and charts their journeys to self-discovery. With a healthy dose of thriller elements, this will a great short watch if you’re looking for a Kdrama to binge this weekend.

Plot: If you have ever wanted a realistic peek at how idols live and thrive in the system, then this will be an amazing addition to your watchlist. Imitation shows the politics that goes on backstage, and vignettes of the heartbreaks and sacrifices idols have to make in their journeys to the top.

Plot: This drama promises vignettes of relationships, breakups, and work struggles. It features three friends with totally different personalities navigating life and learning about themselves.

Plot: What if you could visit another world and find out how things would have turned out if you took different decisions? In this fast-paced drama, Seo Do Won wrestles against time—and oftentimes his alternate self—as he tries to catch an inter-dimensional serial killer.

Plot: Kang Shin Woo accidentally travels ten years into the past and tries to find out why the affection between himself and his crush waned and how they ended up in an impossible situation.

16. Conspiracy In The Court – 8 Episodes

Plot: This drama follows a pair of social disruptors as they fight and love their ways towards building a better country for their descendants.

Plot: Mad For Each other shows humans at their most vulnerable, learning the meaning of love, how to receive love, and how to give love. If you want a quick watch this weekend, don’t hesitate to pick this title up. It promises heartbreaking laugh-out-loud moments that will make you both laugh and cry.

Plot: Pick up this title if you don’t mind a few racy scenes! In My Secret Romance, viewers are treated to a couple that tries to set things right after a one-night stand, and fall in love while doing so. It’s funny, and sweet, and you will love these cheeky actors.

Plot: If you want another delightful short Kdrama about characters in their twenties navigating the workforce while learning about themselves every step of the way, you would enjoy this title. The characters develop in such an achingly sweet way and you will enjoy watching them cross hurdles and fall in love with each other.

Plot: An extraordinary pick-your-ending drama between one girl and four boys. They all fall head over heels for her and viewers can pick their preferred endings!

Plot: This is a short, fast-paced drama that follows Chan Young and Dong Hyuk as they solve the mystery surrounding the sudden suicide of Se Yoon—Chan Young’s girlfriend.

There’s something for everyone in the Kdrama industry.

So, whether you’re ready for an epic saga that may take you months to complete, or you want to take advantage of a short road trip, or you’re simply multi-tasking, rest assured that there’s a Korean drama that’s fits the bill.

I post regularly about Asian entertainment, so if you fancy some doomscrolling (haha!), check out our Asian cinema category. 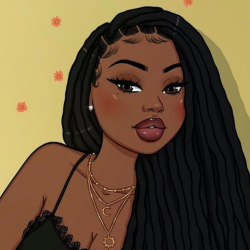 Preye
My name is Preye and I am a time-travelling 15th-century scholar moonlighting as a law student. I'm just kidding—obviously. When I'm neither making boring dad-jokes nor reading, I'm probably watching Korean dramas, and daydreaming. I read across the genres, and, as far as I'm concerned, the only activity marginally better than reading is talking about books.

Latest posts by Preye (see all)

My name is Preye and I am a time-travelling 15th-century scholar moonlighting as a law student. I'm just kidding—obviously. When I'm neither making boring dad-jokes nor reading, I'm probably watching Korean dramas, and daydreaming. I read across the genres, and, as far as I'm concerned, the only activity marginally better than reading is talking about books.

This site uses Akismet to reduce spam. Learn how your comment data is processed.